Check out these best Tech under $100 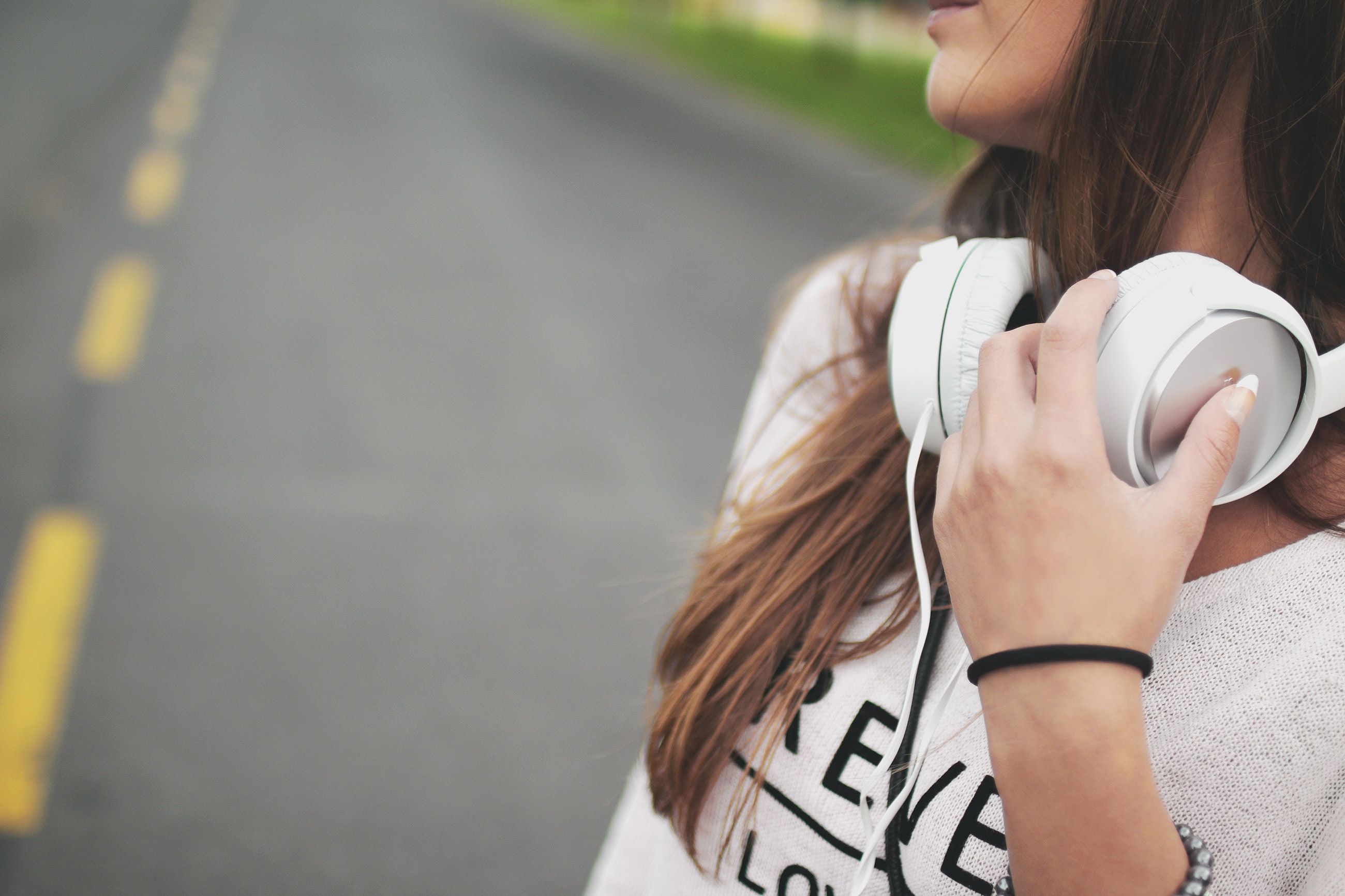 Sure — you won’t be able to score a 4K television or the latest gaming rig, but there’s no reason you can’t find something to satisfy your tech cravings without breaking the bank. To help you wade through all the great gear out there, we put together this guide to the best tech under $100. Enjoy!

If you haven’t already invested in a set-top streaming device, it’s high time you jumped on the bandwagon. Even if you’re not ready to cut your cable subscription and go all-in on streaming services like Netflix and Hulu, these gizmos will provide you with easy access to a massive range of different streaming platforms. Now that giant companies like Amazon, Google, Apple, and others have thrown their weight behind the streaming revolution, there are tons of these devices choose from — and they get better and better with each passing year.

If we had to pick one, we’d say that the best streaming device you can get right now is undoubtedly the new Roku Streaming Stick+. In the words of DT’s resident A/V guru Caleb Denison, “The Roku Streaming Stick+ is the most sensible streaming TV device available this year. At $70, it delivers 4K HDR video with up to Dolby Atmos Audio, all through a user interface designed to appeal to a wide range of users, from tech novices to tech wizards. Thanks to an app-agnostic approach, Roku makes finding the best place to watch the content you want easier than its competitors, and its handy app is icing on an already delicious cake.”

Smartphones have come a long way in the past few years, but no matter how advanced they seem to get, they never seem to have enough battery power. Show me the most advanced smartphone we’ve got, and after 8-10 hours, i’ll show you a really expensive paperweight. But not to worry — that’s where Anker’s PowerCore 5000 comes in. Despite being small enough to fit in a pocket, purse, or backpack pouch; it can store enough juice to fully recharge most smartphones seven times.

But that’s not all. This charger not only charges your devices, it does so quickly and safely. It features PowerIQ technology that intelligently identifies all connected devices and delivers the optimum high-speed charge. Combine that with Anker’s Voltage Boost technology, and you’ve got a charger that really speeds things up. Voltage Boost is smart technology that determines when charging output is encountering resistance and automatically compensates for this to ensure charging speeds remain fast, regardless of your cable or device.

Got some spare Christmas cash burning a hole in your pocket? Spend it on an OBD2 dongle. Your car will thank you. OBD2 is short for On-Board Diagnostics, version two. It’s a system that’s been built into just about every car made in the US since the mid 80’s, and it basically allows you to tap into your car’s on-board computer and get detailed information on what’s going on with it at any given moment. The Automatic Link plugs into your OBD2 port just like any other dongle, but unlike others, it uses a low-power Bluetooth signal to wirelessly beam information to your smartphone in real time. This way you’ll always know exactly why your car is acting up, and then be able to address the problem before it gets worse.

If your check engine light pops on, Automatic immediately shoots a notification to your phone to explain what caused it. For simple problems, the app offers suggestions on how to resolve the issue yourself. For stuff that’s more complicated, it automatically tracks down well-reviewed mechanics in the surrounding area and offers directions. And to top it all off, the app even monitors your driving habits and suggests ways to boost your gas mileage. It doesn’t matter if you’re a gearhead or completely clueless when it comes to cars – this thing is useful no matter who you are.

The second vinyl renaissance is surely upon us. You could easily spend $1,000 on a quality turntable, but Audio Technica’s AT-LP60 is perfect for the amateur audiophile, built with automatic operation in mind and catering to two speeds (33½ and 45 rpm). It has a built-in phono amplifier, a replaceable stylus, and smooth performance. All you have to do is place a record on the aluminum platter, press play, and listen to the iconic fuss and pops that defined a generation years before Apple was a tech company.

Amazon’s Echo Dot is a miniature voice assistant speaker that can connect to a number of apps, allowing it to control your home’s lights, fans, garage door, and thermostat. Not to mention, it can also play your favorite music and get a pizza delivered straight to your house. It uses far-field voice recognition so it can hear you from across the room, regardless of where it’s placed, and can learn your preferences, too. It will start to pick up on your speech patterns and vocabulary. For $50, it’s a cheaper alternative than some of its competitors.

It may not come loaded with 10 LEDs or the luxury of page-turning buttons like the Kindle Oasis; but if you’re in the market for an ebook reader, it still rocks. The most recent Kindle boasts more than enough memory and an updated processor, as well as a fantastic touchscreen display that lets you browse thousands of books with ease. Its software includes Goodreads integration and a vocabulary builder, only complimenting its marathon (30 day) battery life and comfortable design.

Virtual reality headsets are evolving each and every year; for an affordable, high quality device, you’re no longer limited to just Samsung’s Gear VR. Daydream View requires a compatible phone to use the headset. Right now, that means this will only work if you have a Google Pixel phone. Regardless, Daydream View stands out among the rest for its comfort and wearability. Made out of breathable fabric, the headset is lightweight — something that’s important for long wear. The Daydream software is simple and easy to use with the wireless controller, and new apps are added all the time. For those with a compatible phone, this is a great option for VR.

Cables are so 20th century. Thankfully, the Advanced Sound Model 3 help bring your audio game into the 21st century, even if your playlist is still stuck somewhere in the mid-’90s. There are better wireless ‘phones on the market, but for under $100, it doesn’t get much better than this. The Model 3 manage to produce clear, full-bodied sound with powerful bass response, allowing you to enjoy everything from Flume to Steve Wonder to Israel Kamakawiwo’ole — you know, the ukulele guy — in equal measure. We’re not huge fans of the included foam tips, but features like the detachable MMCX connection, which allows you to switch between wireless and wired modes, makes it worthwhile.

New to flying? Then the Parrot Mambo is the drone for you. This drone has solid stability, is outfitted with a bevy of motion sensors, and includes several attachments that make flying more enjoyable, including a cannon, foam cannon balls, and a grabber designed to ferry small objects throughout the skies. You can also pilot this kid-centric craft using your smartphone or an optional dual-joystick controller — though, the latter component will run you $40. The miniature drone is also incredibly easy to control. If you’re looking to spend a little more, we’ve also put together a comprehensive guide outlining the best drones on the market.

Ultimate Ears’ Wonderboom may be better suited for the summer — after all, the pint-sized Bluetooth speaker floats and features IPX7-rated waterproofing — but that doesn’t mean it isn’t enjoyable during the rest of the year. Besides the fact it sports an attractive build, it has everything you’d want in a portable speaker, including a 30-foot range, solid sound, and up to 10 hours of battery life. The Wonderboom is also compatible with both Android and iOS devices, and you can pair the speaker with two devices simultaneously, allowing for stereo sound. It’s small, durable, and really cute. You’ll want to bring this little guy with you everywhere.

A good stove is essential if you plan on going camping or backpacking — but not all camp stoves are created equal. The vast majority of them run on fuel canisters that, while relatively cheap and easy to obtain, add to the cost of the device over time. But what if you didn’t have to purchase fuel for your stove, and could whip up a smokeless cooking fire with nothing more than a handful of twigs?

That’s exactly what the Biolite Cookstove aims to provide. It’s a pared-down version of the company’s popular Campstove, and uses the same fan technology to boost airflow and generate a piping hot wood fire in minutes. “The streamlined CookStove provides 30 hours of clean wood cooking on a single charge of the USB-rechargeable airflow system,” the company claims on its website. “Four fan speeds control flame size, enabling you to boil rapidly or enjoy a campfire feel. Leave the gas canisters behind and cook meals using the sticks around you.”

The only difference between the Cookstove and the Campstove (aside from their names and prices) is the fact that the Cookstove doesn’t have the ability to harvest and store waste heat electricity from the fire — so you can’t use it to charge up your gadgets. If you want that functionality, you’ll need to dish out an extra $50 and get the Campstove.